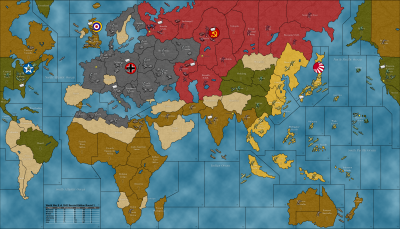 Changes:
1. Several territories/SZs added or modified.
2. More initial starting units (including new Factories on Karelia and India).
3. Armor cost increased to 6 PUs.
4. AA Guns now cost 5 PUs and each can fire at a maximum of 3 planes, each plane being only fired upon once, and they can be combat casualties.
5. Factories now have their own AA to defend during strategic bombing.
6. Honolulu is now a Victory City.