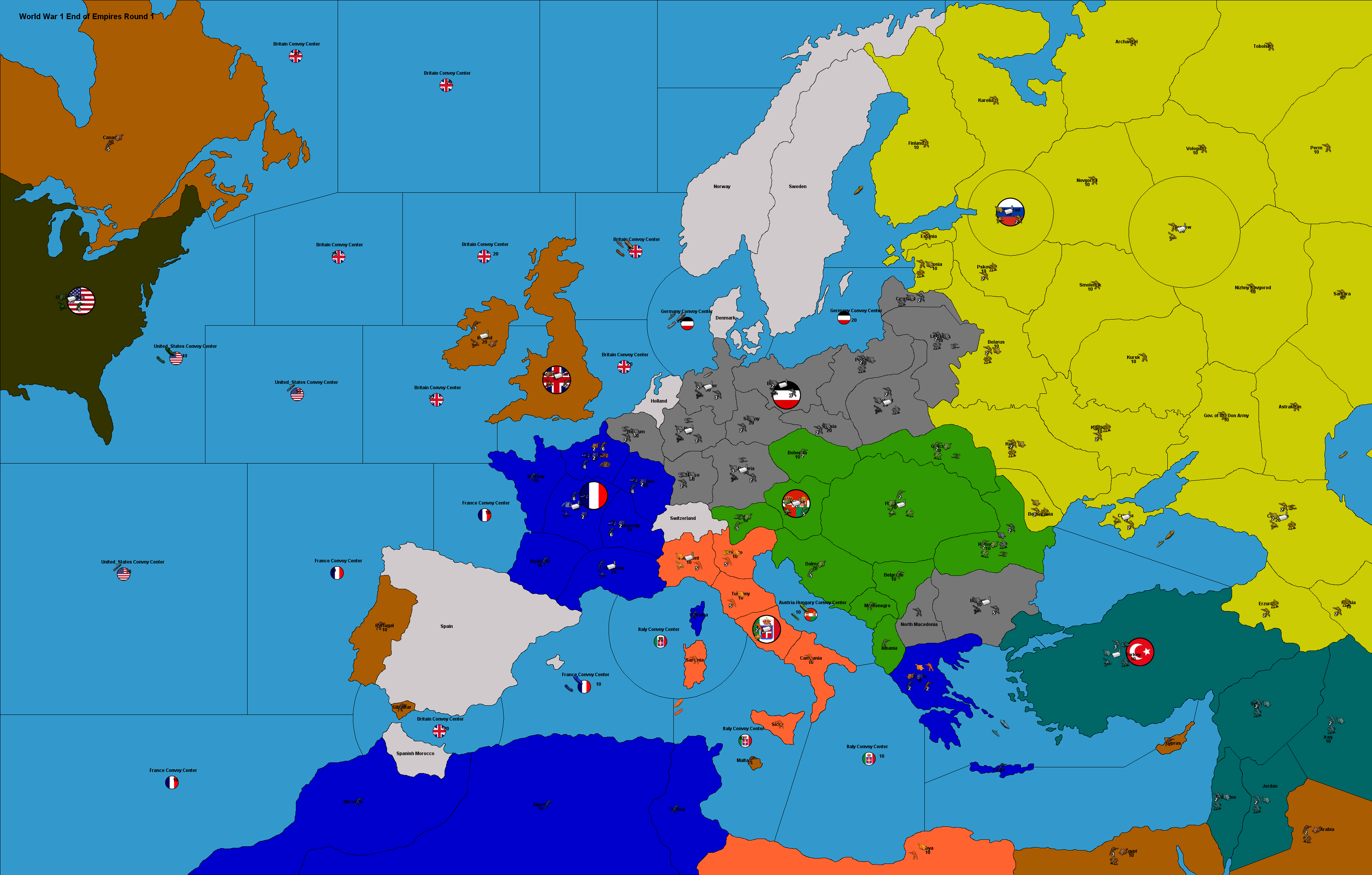 It is April 6th, 1917. The United States has just declared war on Germany, bringing her into the war that has engulfed Europe for the past 3 years.
Germany and Austria-Hungary expand aggressively while the Ottomans struggle just to hold on.
Greece remains officially neutral even as Entente troops flood in to liberate their Balkan allies.
Russia struggles to hold back Germany as internal unrest tears her apart.
Britain incites the Arabs to revolt against their Ottoman overlords while moving troops to assist France.
Unless the United States does the same, the Central Powers will soon overrun Europe.
Download with TripleA Manual Download