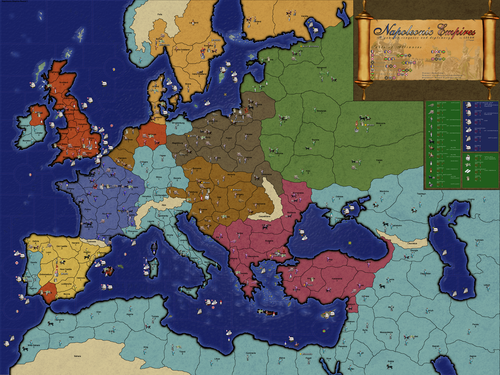 The empires of Europe are at war.
The upstart French Republic has followed in the footsteps of their American compatriots across the sea and cast off the trappings of monarchy.
Can this new light in Europe survive against a host of squabbling adversaries?
Or will it fall victim to its own aspirations for an empire...
Will the Russians be forced to sing La Marseillaise?
Will the English see the Guillotine raised in Piccadilly?
Or will the rule of the monarchs be ensured by the restoration of Louis XVIII to the Parisian throne?